PlayLab 2021 applications are now open! Knowing that many artists are going through significant life adjustments this past week, we have extended this Monday’s deadline for PlayLab submissions to Friday, March 20th at 11:59pm. Click here to apply.

The PlayLab is a playwrights group that aids and encourages artists in growing their biggest, wildest ideas into imaginative and daring new plays. Through monthly meetings, workshop-events, and an artistic retreat, each writer is supported in developing their ambitious initial concept into a new script. At the end of the year, each playwright will have the opportunity to present their script as part of Pipeline’s PlayFest, a festival of new works. 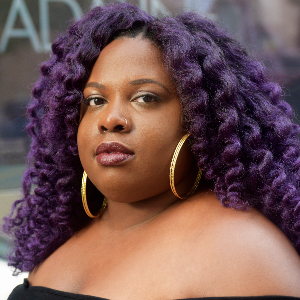 Nissy Aya is a Black girl from the Bronx. She and all her younger selves tell stories and tall tales. They lead workshops, too. As an artist and cultural worker, we believe in the transformative nature of storytelling, placing those most affected by oppressive systems in the center, and examining how we move forward through holistic healing and joy. We explore history/memory, and both the absence and presence of love. The love is mutual between her and a bunch of organizations, feel free to ask which.

Inspired by “When the race war starts . . .” and #BlackTwitter, righteous kill, a requiem is both a celebration and mourneration for the souls of the dearly departed and an uproarious 10-foot radius laugh at those who thought they could try it when The Race War™ finally began. Orchestrated by the archangels of Black Jesus, we witness their tools of righteous vengeance and their interactions with the yt mother who made it all possible. 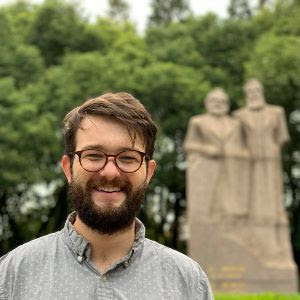 Andy Boyd is a playwright, songwriter, and cartoonist based in Sunset Park, Brooklyn. He has an MFA in Playwriting from Columbia and a BA in History and Literature from Harvard. He is an active member of the Democratic Socialists of America and an alumnus of the Boy Scouts. His plays are inspired by Old Weird America stuff like dissident religious movements, fringe political formations, and renegade artists. He is currently working on a fifty part series of plays inspired by the fifty states (four down, forty-six to go!).

Red Clay Halo tells the dramatic story of the Missouri Roadside Demonstrations of 1939, when sharecroppers organized by the Southern Tenant Farmers Union moved their meager earthly belongings onto the side of Highway 61 in order to draw attention to the issue of mass evictions. Inspired by Baptist revivals, Federal Theatre Project plays, and radical theatre groups like Joint Stock Company, this play weaves documentary material, music, and invented scenes to tell a story of resistance against unfathomably bad odds. This is a play about people who, forced against the wall and with nothing left to lose, fight back. 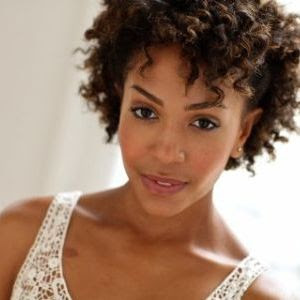 Zora Howard is a multidisciplinary creator and performer from Harlem, NYC. Plays: STEW (O’Neil Center Finalist, New Light New Voices Finalist) and AtGN. Her performance art has been showcased on HBO, TV One, PBS, NBC and at Lincoln Center, Carnegie Hall, BAM as well as internationally. Her feature film Premature, which she co-wrote and starred in, had its world premiere at the 2019 Sundance Film Festival and will be distributed by IFC Films this fall. She is a member of the 2019 Interstate 73 Writers Group. BA: Yale. MFA: UCSD.

D’wanda and Sterling are enjoying their usual Sunday afternoon on the porch not minding their own business when they witness something unlike anything they’ve ever seen. In the middle of a parking lot altercation with the police, Mr. Julian up and disappears right in front of their eyes. In the weeks to follow, similar sightings are reported across the country: Black people combusting all willy nilly and in plain day. Panic ensues. The President declares a national emergency.  And yet, even with all the fuss, no one is really investigating the why of it all. Why are Black people disappearing left and right? Someone in this play should likely try to figure that out. 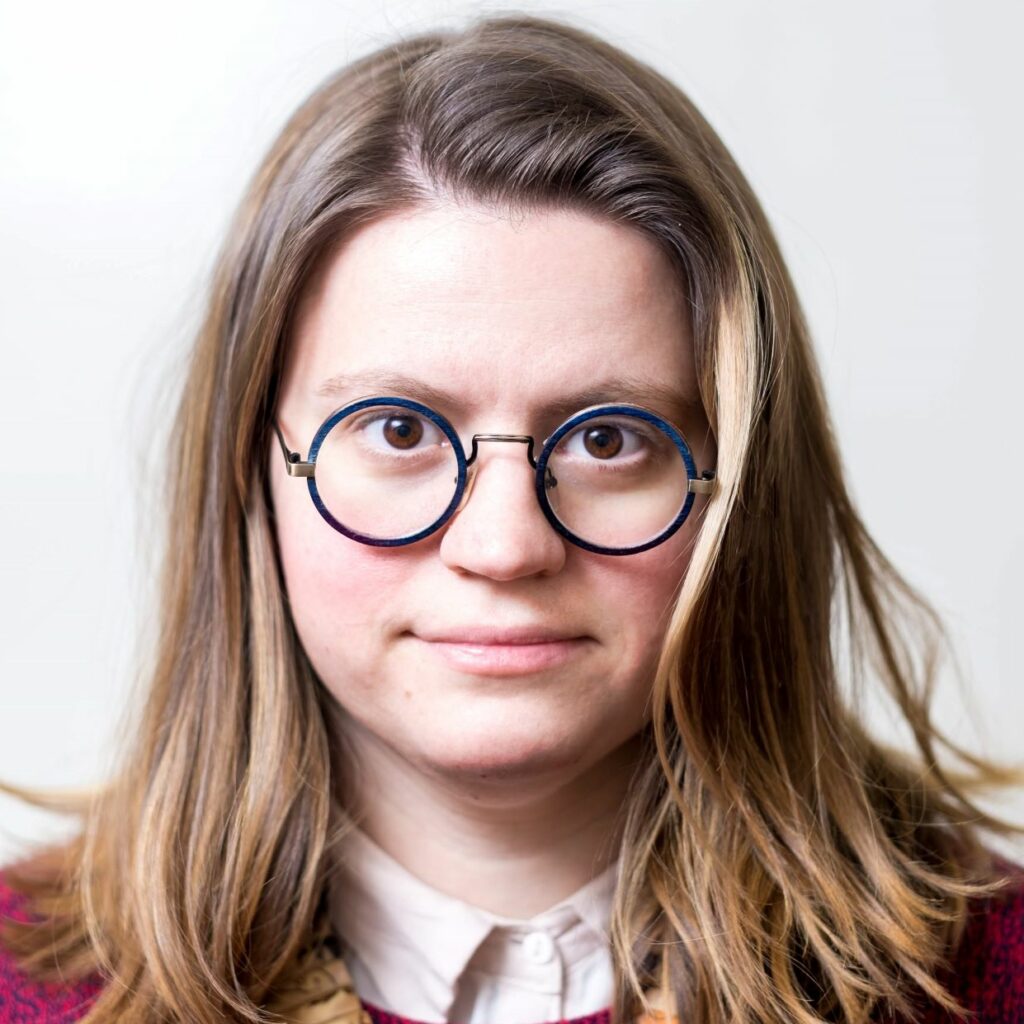 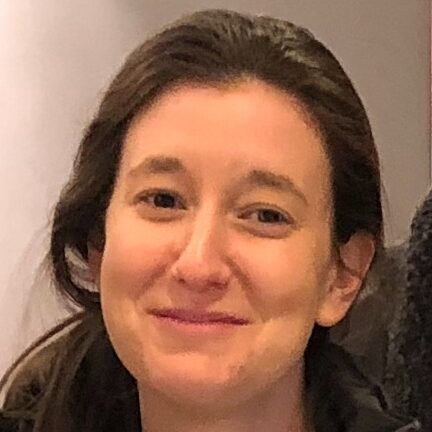 Erica Mann is a Queens-based playwright and screenwriter. She was a 2015 semi-finalist for a Lila Acheson Wallace Playwriting Fellowship, and her play Ditmas Park received special consideration from the subcommittee of readers at the American Playwriting Foundation for the 2018 Relentless Award. Her play, Proceed to Highlighted Route, will receive a developmental production at the Acadiana Repertory Theatre in Lafayette, Louisiana in December 2019. MFA in Playwriting from The New School, 2018.

As the glaciers melt and the Northwest Passage becomes accessible, anyone with a bunch of money can pay for the privilege of a front row seat to climate change. In this play, a luxury cruise drifts off course (another effect of climate change is the shifting of Earth’s magnetic field. This shift damages our ability to navigate via GPS)  Luxury descends into survival: Melting Ice. Rabid Polar Bears. Food Shortages. All on a big ass boat. 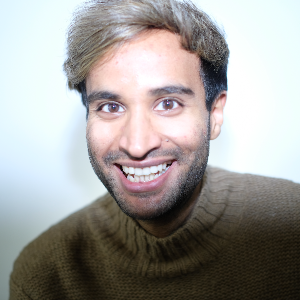 Utkarsh Rajawat is a writer/performer who does a lot of sketch comedy and theater! You can see him currently performing with Boogiemanja team Illumithoti and Magnet house team Gary from HR. He is a current Sesame Street Writers’ Room Fellow, and was a Princess Grace Award Finalist for playwriting in 2018. He got his BA in Writing Seminars from Johns Hopkins in Baltimore, where he did lotso local theater. He likes writing representative and immersive queer works, as well as ghosts!

A queer brown boy is being haunted by the ghost of his father who is not dead yet. In an attempt to somehow confront or kill or disappear the ghost, the boy embarks on a spiritual journey through the cultural touchstones of his past and present. Drawing loosely but heavily from the Natyashastra, the play moves through a series of classical Indian theatrical forms fused with more contemporary media, i.e. Scooby Doo plus Sanskrit drama. The aim of the show is to invoke rasa, both onstage and off, through representative theatricality. Hopefully it is p fun too! 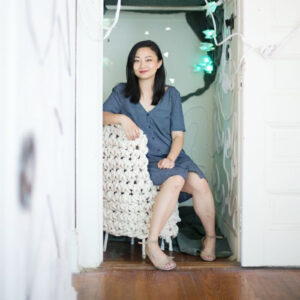 Ran Xia is a Shanghai born, NYC based interdisciplinary theatre artist. Her plays include Pomegrenade (IRT), De Profundis, Harmony (HERE, an audio trilogy), [ai] (Brick), In Blue (The Tank). Resident Director at the Flea and The Tank (Inaugural Artist of the Year; directed Ben Gassman’s Independent Study, and Ailís Ní Ríain’s The Tallest Man in the World). A staff critic at Theatre Is Easy and Exeunt. ranxia.info

Chava the Giant & Oldest Bird, subtitled A Flu Season, or, The Dogwood Road Sweetheart Cake Society, takes place on a tenemeny rooftop in lower east side. Chinese New Year’s Eve, 1918, a flu epidemic is creeping up, while a child in the square is doing martial arts demonstrations. Over the span of a century, we meet the liberated Golem who grows into a giant and becomes a part of the city she’s fallen in love with, and the Syrian blacksmith who’s haunted by the ghosts who migrate with him wherever he goes. A Chinese witch speaks about premonitions, and a summer of peach colored rain, believing herself to be a reincarnated snake goddess. And every year, an Irish boy who is able to converse with birds, visits and brings news from the end of the world. The building itself remembers things, as it undergoes transformations of its own.

feminine octagon [or, aristotle can eat me] by Amy Gijsbers van Wijk

Earth is Greedy by Jae Kramisen

House of Telescopes by Kairos Looney

Rise of the River by Divya Mangwani

Heart of Duckness by A.J. Ditty

Trick of the Light by Charly Evon Simpson

Hags, Mopes, and the End of All Existence by Jen Browne

The Mermaid Parade by Gina Femia

The Puppet Show by Reina Hardy

Let Me Be Frank by Salty Brine

The Convent of Pleasure by Sarah Einspanier

The Serpent in Quicksilver by Adam Fried

Nostalgia is a Mild Form of Grief by Jerry Lieblich

Hiding in Sanity: A Tragicomedy by Rachel Music

Optimism, Or by A.P. Andrews

The Great Molly by Colby Day

Show of Hands by Jessica Fleitman

Mystery of Fucking by Scott McCarrey