This summer Pipeline put out a call for submissions for our first ever plawright’s group, the Pipeline PlayLab. After sifting through nearly 60 submissions we selected seven imaginative and adventurous writers to develop plays with us over the course of this year. We are thrilled to introduce you to the PlayLab class of 2014:

Our first reading presentation, Tom’s Nightmare by Andrew Farmer, took place in July 2013. Save the date for our next presentation, The Great Molly by Colby Day, which will take place on Sunday, February 9, 2014. Stay tuned for more details. 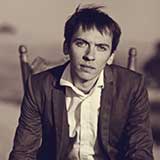 A.P. Andrews is a New York City based playwright who was born and raised in the small town of Superior, Nebraska. His Nebraska Cycle is a series of ten plays about life in the rural Midwest, and includes Abby in the Summer, Burning Barn, The Girl with the Red Balloon, Tailgates, Three More Sundays, Meth and Kisses, Cecil and Marie, Homesteads, Christian Barone Comes Home, and Winter Visits. Other works include Constantin, Higher, Tommy and His Stars and Stripes, Jolly the Christmas Walrus, This Might Hurt a Little, Optimism Or, and a collection of six one-act plays entitled Awake and Dreaming. His plays have been performed and developed in Nebraska at the Superior Community Theater, the Red Cloud Opera House, the Shelterbelt Theatre and the Hastings Community Theater; in New York City at Playwrights Horizons Theater School, the Gene Frankel Theater, All Angels Church, and The Tank; in Idaho at the Seven Devils Playwrights Conference; and in London at the Royal Academy of Dramatic Arts. A.P. is a graduate of NYU’s/Playwrights Horizons Theater School- where he is now a teaching assistant- and in London with the Writers Guild of Great Britain. He is the Executive Director of Boxed Wine Productions. For more, visit www.apandrewsplays.com. 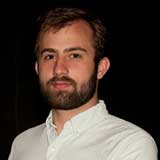 Colby Day is a playwright and filmmaker with a degree in television from NYU. Previous Pipeline productions: Giant Killer Slugs (Official Selection, Theater for the New City’s Dream Up Festival, 2012), and Felix & The Diligence; Or, a Play About Fishermen in the 1940’s (NYIT Award Nominee, 2011). Other productions include the one-acts: A Boy & His Unicorn (Fourteen Out of Ten), Sir Ronald deMimsy Esq., Desert Explorer (The Three Leaches), and Wild Boars (The Secret Theatre). Excerpts from The Great Molly were performed as part of Pipeline’s Brave New Works 6 & 7. He works as Artistic Development Manager for Pipeline Theatre Company, which most recently presented a selection of his current project, Everything Flashes, a guided tour of your life. Find him on twitter (@colbyday) and his website (www.colbyday.com). 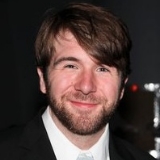 Andrew Farmer is a playwright, actor, improviser and graduate of NYU’s Tisch School of Drama. Recent writing credits include The Gray Man (HERE Arts and The New Ohio), The Fall of Hotel Mudafier to the Toltecs (Williamstown Theater Festival, Howl Theater Festival), The Queen of the May and Her Harvest Kings (with Evan Watkins, Galapagos Artspace and The Cookery) Tom’s Nightmare (Playwrights Horizons Theater School and further development with Cape Rep and Pipeline Theatre Company) and Our Farm (The Cherry Pit, The 45th St Theater and Underground Arts). He is currently a member of the playwriting faculty at Playwrights Horizons Theater School at NYU’s Tisch School of Drama. 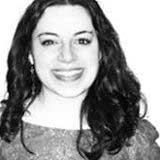 Jessica Fleitman is an award-winning writer from San Jose, California currently living in Brooklyn, New York. Her work has been produced at FringeNYC, The Museum of Jewish Heritage, Manhattan Theatre Source, Planet Connections Theatre Festivity, The Secret Theatre, and many other venues and festivals throughout NYC. Her plays include The Average-Sized Mermaid (Corwin Award), Word of the Day (Alfred P. Sloan Foundation and Magic Theatre commission), G Train Exodus (winner of the LIC One Act Play Festival), and Deuteranomaly. She is the lyricist and librettist of God of Love, a ten-minute musical written with composer Ben Boecker and based on the Oscar-winning short film of the same name. She is a proud member of the prestigious BMI Lehman Engel Musical Theatre Songwriting Workshop (where she’s currently developing a new musical with composer Rick Bassett), the Dramatists Guild of America, and WorkShop Theater Company. Additionally, Jessica is a published fiction writer and was a finalist for the 2010 Flatmancrooked Fiction Prize. You can stay up to date on all of her writing adventures by visiting jessicafleitman.blogspot.com. 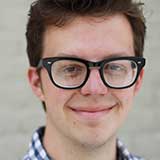 Scott McCarrey is a writer whose plays, screenplays, sketch comedy, and radio plays have been seen (or heard) at reputable venues around the country. His pulp western Bleedin’ Trees received the 2011 Goldberg Award, was a semifinalist for that year’s Eugene O’Neill National Playwrights Conference, and appeared in Pipeline’s 2012 whisper & SHOUT! Festival. Other plays include Robot Songs (Theaterlab, NYC), The Hopeful Monster (The Cherry Pit, NYC), The Wilds (Barrow Street Theatre, NYC), and Grand Canyon (The Kennedy Center, Washington D.C.). His playwriting and theatre criticism have earned him fellowships to the Kennedy Center, the Eugene O’Neill Theater Center, and the National Critics Institute. His tenure in film and television includes time spent at Nickelodeon and NBC, and he is the founder and proprietor of a historical comedy podcast called “The Historical Reenactment Society.” Scott holds an MFA in Dramatic Writing from NYU, and lives in Brooklyn with his wife and their pug. 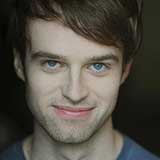 Alex Malcolm Mills writes plays & screenplays that are funny & scary. A graduate of NYU drama, he wrote his first (at-all interesting) play in his final week of classes. The play was called Horror Film, but it estranged its name to Shakespeare the Dead after workshops and debut production with Pipeline Theatre Company in 2010; in it, Alex acted as the leather-gloved antagonist. He proudly re-wrote the ending 13+ times, testing the balance between what’s satisfying and what’s puzzling, weird, and haunting. The rest of his mostly-unproduced work strives towards such a balance. Some works include: October Solstice, about a sorority sister suspecting she’s being prepared for an occult ritual; Cat in the Attic, a noise-pop musical where an estranged granddaughter’s asked to deliver a cat to her family for increasingly bizarre reasons; Shadow & Eye, about an ambiguously vampiric bounty-hunter, suspecting that her identity, companions, and memories may be confused with those of her ingested victims. Alex has an uncanny alliance with cats. 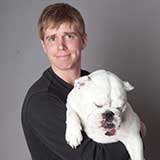 Nate Weida is a composer and writer living in Hell’s Kitchen. He has written 8 musicals – Jack and the Beanstalk, Commander Squish, Etan, Fall of Achilles, The New Hopeville Comics, Jack & the Jellybean Stalk, I’s Twinkle, and Byuioo (which was produced by Pipeline in Fall 2013). He is currently the Music Director for the Foster Care Program at The Possibility Project and wrote the music for their recent production Promised. He plays in a bluegrass band called “Great Dog Almighty” and is writing an epic poem/play/folk opera called I’s Twinkle. He plays piano, flute, banjo, didgeridoo, and sings. Occasionally, he also raps with the hip-hop group “Dragons” under the pseudonym “Shitdogg”. Please visit nateweida.com & istwinkle.com