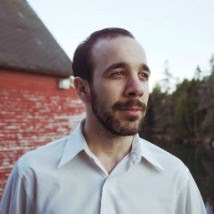 The Pipeline reading premiere of Matt Minnicino’s wyrd is coming to the Week of Extraordinary Risk on July 1, 2PM. In advance of the reading, we learned more from Matt about this new play focused on fate, magic, language, sisterhood, and quite possibly the end of the world.

Pipeline Theatre Company: What do you want us to know about your play?
Matt Minnicino: It’s about three sisters, who are maybe older than time itself, who live in an apartment together in Bushwick — and really I’m happy to let the rest be a surprise! It’s also about anger, power, love, fate, control, humanity, and there’s a bit in it about spicy curry.

PTC: When and where did you decide to start writing this play?
MM: wyrd actually started life as a totally different play, called anon, which I wrote while in residency with Brooklyn’s Exquisite Corpse and ran in a festival at HERE Arts. I was enraptured by the concept of three unfathomably-powerful sisters holding sway over the fate of humanity (from Shakespeare’s Macbeth and countless instances in mythology), but living secretly alongside mankind. Maybe I watched too much Charmed as a kid. But, though the cast and team executed the play adroitly as could be hoped, I was deeply unsatisfied with the text and slid the draft onto a dusty shelf for years. When I met Felicia Lobo in 2016 and we got to talking about horror theatre and how to make magic onstage, I got swept up in a flood of possibilities, basically set the old script on fire and rooted around in the ashes for the beginnings of a new, 95% different play which (so far) is a lot more fun, a lot more angry, a lot more hopeful, and a lot more, uh, weird.

PTC: What excites you most about this project?
MM: Pipeline has, not once, hesitated to encourage the impossible. I love the sorcery of theatre, writing things that are “unstageable,” and Pipeline has pushed us all to embrace every one of those impulses. In wyrd I get to try and terrify, awe, enrapture, or totally mystify an audience without worrying about what “makes sense.” Part and parcel with this has been the joy of discovering this play’s strange, messy, magical world. There’s a lot in there about the hidden underside of history, and the three of the play’s five characters are almost totally unrestrained by reality. They could stop time, pluck thoughts out of your head, shift the course of global events with a blink — but what holds them back is knowing how much power they have. Working in the space of theatre and not film or literature, you have to come up with creative ways to convey that someone can transcend everything we know and accept to be true, and that’s been an absolutely thrilling challenge.

PTC: In one sentence, tell us something strange that happens in your play.
MM: There’s really no scene in which something kinda strange doesn’t happen but, if I had to pick: in wyrd some characters forget things by regurgitating grapes that contain memories and then crushing them.

PTC: Are you working on anything else?
MM: Oh, so many things! The very question is a thudding reminder of just how much I have on my plate, but thankfully it’s a lot of wonderful, stimulating art-making and collaboration. Currently I’m on commission to adapt Anna Karenina, the entire Oresteia, an obscure Maxim Gorky play, dramaturging a queer adaptation of Romeo and Juliet, developing a post-apocalyptic short film about a world with no men, and (in my free time) an epic modern adaptation of Pinocchio.

PTC: What’s next for you?
MM: Besides workshops of all those things mentioned above, in about two weeks I’m trotting down to my home state of Virginia to teach theatre and Shakespeare to high-schoolers at the beautiful American Shakespeare Center. In a nice, notable bit of irony given the subject matter of wyrd, I’ll be directing Marlowe’s Doctor Faustus. You know, the play where a guy sells his soul to the Devil.

In a basement apartment in Bushwick, three sisters wield unfathomable power over fate and time — but how they use that power isn’t up to them and never has been. One sister falls in love. Another falls in hate. The third tries to keep the other two from falling. The City is in a heat wave, and a war is coming.