We’re presenting the world premiere reading of Kristin Slaney’s Let’s Hex the President as part of our Week of Extraordinary Risk on June 17, 7:30PM. This new play is about about witchcraft and anger and ritual and politics. Learn more from Kristin below, and reserve you tickets (free, $10 suggested donation) today. 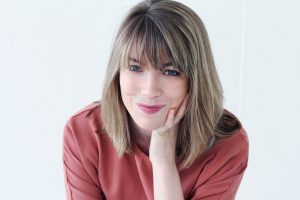 Kristin Slaney: In 2017, there were a number of news stories about groups of people getting together to cast spells against the current American government. Let’s Hex the President uses this as a launching point.

KS: Sometime after these news stories in 2017, I started thinking about witchcraft as political action, as there is a long history of that– and then I wondered what it might look like if a coven was started via something like Craigslist (which now no longer posts personal ads) or meetup.com, with this purpose in mind. I’m not sure where exactly I was when I decided to write it– I knew I was interested in it, but didn’t know what form that interest would take, writing-wise.

KS: The idea of anger transforming into something magical, maybe uncontrollable, is really exciting to me. I’m also interested in the idea of ritual onstage, and the different ways of implicating the audience in those rituals.

KS: Someone sticks pins into a pig heart.

KS: I’m working on a screenplay and a new pilot at the moment, and I’m writing a musical with The Lobbyists.

KS: What’s next for you?

PTC: I’m heading to Nantucket to do some research for the musical, since that’s where it’s set, and otherwise will likely have a summer of writing in New York heatwaves.

Molly is an ethics law expert. Iris works at an occult store. DeeDee is a goth teen. Linda is a housewife. After Molly places an ad seeking coven members on meetup.com, the four of them start to meet monthly to cast spells on the current American government but what starts out as innocuous soon takes a turn for the supernatural. Lets Hex the President is a play about witchcraft and anger and ritual and politics.