We are thrilled today to announce that Pipeline’s landmark 14th mainstage production will be Jason Craig and Dave Malloy’s BEARDO, directed by Elena Heyman.

BEARDO is a fervent rock musical from the outrageous and inspired minds that brought us BEOWULF – A Thousand Years of Baggage, Ghost Quartet, and Natasha, Pierre, and the Great Comet of 1812. This New York premiere chronicles the ascent and demise of infamous mystic Rasputin, and the fall of the Russian monarchy. 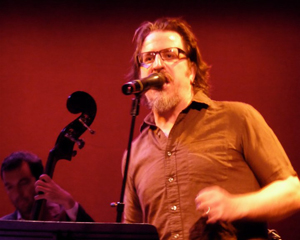 Jason Craig is Co-Founder/Co-Artistic Director of Banana Bag & Bodice for which he is a writer, performer, and set designer/technical director. His writing with BB&B has won him awards nationally and internationally and has kept him busy for the last 13 years. LongYarn, his most recent show for BB&B, was a critical success and audience favorite. Commissions outside of BB&B include The Exit Theatre (San Francisco) to write Gogol: A Clown Opera, Mallory Catlett of Juggernaut Theatre (NY) to write Oh What War which was presented at Here Arts Space, September 2009, and The Shotgun Players (Berkeley CA) to write Beardo. His adaptation of Beowulf entitled Beowulf – A Thousand Years of Baggage (written with librettist Dave Malloy) was a commission by Shotgun Players and played at The Ashby Stages and Berkeley Rep, and made its New York premiere at Abrons Arts Center in 2009. Beowulf received the Will Glickman Award for Best New play in the Bay Area. Other awards include Best New Production at The Dublin Fringe for The Sewers. He has been a featured artist in many publications, including Theatre Forum, Theatre Bay Area, Time Out New York, The New York Times and American Theater Magazine. 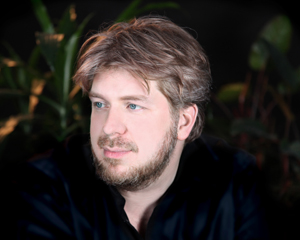 Dave Malloy is a composer/writer/performer/sound designer. His shows include Natasha, Pierre & The Great Comet of 1812 (headed to Broadway this fall); Ghost Quartet; Preludes; Black Wizard/Blue Wizard; Three Pianos; All Hands; Beardo; Beowulf – A Thousand Years of Baggage; The Sewers; Sandwich; Clown Bible; and (The 99-cent) Miss Saigon. He is the winner of two Obie Awards, the Richard Rodgers Award, an ASCAP New Horizons Award, and a Jonathan Larson Grant. Future projects include The Happiness of Fish (a show about Taoism, atheism and evolution), and adaptations of Moby-Dick and Shakespeare’s Henriad. He lives in Brooklyn. davemalloy.com 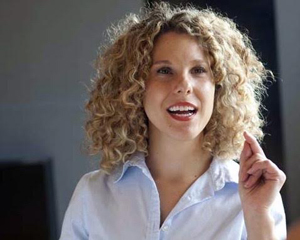 Elena Heyman is a New York City theatre director. She directed The Traveling Imaginary, a theatrical rock show rated “top five shows of the year” by NPR and a Time Out “Critic’s Pick” on two continents. Credits include: Deleted Scenes from Fun Home by Erin Markey, They, Themself and Schmerm by Becca Blackwell, and LongYarn by Jason Craig/Banana Bag & Bodice. Elena’s work has been presented by The Kennedy Center, The Drama League, New World Stages (Incite Festival), The Bushwick Starr, Boston Center for American Performance, En Garde Arts, and indie rock clubs across America. Elena is the Co-Artistic Director of The Orbiting Human Circus with Julian Koster (Neutral Milk Hotel). Currently Elena is developing Lemonade by Heather Litteer for La MaMa and Elevation 509 in Bulgaria through the generous support of The Drama League. She is a graduate of Northwestern and Boston Universities (MFA) and a Drama League Directing Fellow. elenaheyman.com