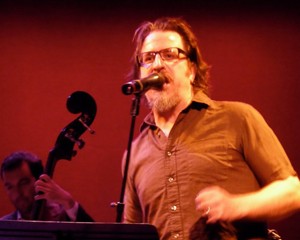 Jason Craig, the playwright behind our beautiful and bizarre Beardo, is the Co-Founder/Co-Artistic Director of Banana Bag & Bodice. His writing with BB&B has won him awards nationally and internationally. (Scripts include The Sewers, The Young War, Sandwich). His adaptation of Beowulf entitled Beowulf – A Thousand Years of Baggage (music by Dave Malloy) was a commission by Shotgun Players and played at The Ashby Stages and Berkeley Rep, and made its New York premiere at Abrons Arts Center in 2009. It has traveled the world. His most recent script LongYarn, will be published in 2017 in TDR. Learn more about Jason in our interview below, and grab your Beardo tickets today!

Pipeline Theatre Company: What compelled you to write this show?

Jason Craig: As a character, Rasputin has all the right components to pique anyone’s interest…mystery and mysticism, the outsider breaching the gates, sex and booze, the evil versus godliness, and a slapstick ending to his life that the Marx brothers would be proud of.

PTC: How do you see this production of Beardo differing from the Berkeley production?

JC: I think there are particular themes in the world today that resonate on a different level with the themes in the show that were not as relevant back in 2012. The examination of who is on the outside and who is on the inside is fascinating as we come out of this election cycle. The voice of the “common person” has been heard on a completely different way in the last year, and this voice is about to effect world politics on a level that we could not ever expect. So in this regard, I think the characterization of Rasputin as Beardo might resonate and ring out in very interesting ways that we couldn’t really foresee back when it was originally conceived.

Also, the fact that it is taking place in a church will hugely influence the perception of certain themes. The church is another character.

PTC: What excites you most about this production?

JC: I think the design team that Pipeline has assembled is so exciting. And the cast is an amazingly talented group of people.

And the fact that the production is so Woman Strong is so fantastic. I think you can almost count the men in the production room on one hand, whereas the women are an army and in a show about misogyny, this is almost essential.

PTC: More generally, what excites you as a writer?

JC: Being given freedom to just run with an idea.

PTC: Beardo begins the play searching for something in a hole – What is your “hole” and what do you think you are searching for?

JC: The next idea, whatever that may be.

PTC: Do you see yourself in the play? If so, where?

JC: Sure! All the way to the very end.

PTC: Are you attracted to Beardo the character? What about him is attractive or repulsive?

JC: Absolutely. The key to making him more attractive was finding a way to connect this anti-hero to the audience so that we can all be more sympathetic to his goals. I think the comedy and the music in the piece allows this to happen.