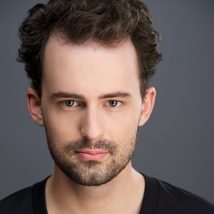 The Pipeline reading premiere of A.J. Ditty’s Heart of Duckness is coming to the Bonfire Series on June 20, 7:30PM. In advance of the reading, we learned a bit more from A.J. about the seeds of inspiration for this project, namely the Berlin Conference of 1884, the unspeakable cruelty of ducks, and puns. Lots of puns.

Learn more in our interview below and reserve your seat now for Heart of Duckness, June 20, 7:30PM, Jefferson Market Library (425 6th Ave, NYC).

A.J. Ditty: Heart of Duckness tells the story of the Berlin Conference of 1884, where all of the major powers of Europe gathered together, took a map of Africa, and divided it amongst themselves as they saw fit. But every character is a duck. And we’re all corkscrewed.

AD: When I first graduated from college, my good friend A.P. Andrews approached me about writing for an evening of one-acts he was producing that all revolved around the prop of a map. I was ridiculously excited by the prospect (it was my first post-grad gig, after all) and eagerly ran home to write. I sat down at my desk, cracked a can of Dr. Pepper, opened Final Draft, and suddenly realized I didn’t know ANYTHING about maps. My director at the time (Kevin Hourigan who, in a delightful twist of fate, is also the director of this Duckness reading) sent me one of those lists of “Obscure Facts You Might Not Know About Maps” as a sort of springboard for inspiration, and, lo and behold, one of those obscure facts was that the map of modern Africa as we know it was primarily created during this ONE meeting in Germany in the 1800s where absolutely no representative from the continent itself was present.

I didn’t end up using it for that show (it just felt like too big a topic to cover in a half-hour), but the Berlin Conference of 1884 continued to nag at me over the next few years. Just the ARROGANCE of it, you know? Like, oh yeah, we’re going to literally reshape the very structure of the world just because we FEEL like it.

It drove me NUTS.

But I didn’t feel interested in writing a stuffy historical drama where a bunch of old white dudes sat around a table discussing amendments to articles and the minutiae of trade deals. So I pushed the project aside and focused on other things, resigned that it was just one of those plays that I would never be quite able to crack.

And then I came across a video called “True Facts About The Duck”. You can find it here: https://www.youtube.com/watch? v=6k01DIVDJlY

No, go watch it. Seriously, I’ll be here when you get back.

Before I saw that video, I never realized that ducks were such horrible, unspeakable monsters. I mean, these are creatures so prone to rape that their genitalia LITERALLY EVOLVED TO COUNTERACT IT.

And, suddenly, I knew how to do this play.

Because I truly do believe that what those delegates did at that conference was nothing less than the unadulterated rape of Africa.

So, I just reverted them to their inner animal.

And I’ve somehow ended up with a play that is simultaneously a farce, an historical drama, and, above all else, a play that explores the darkest impulses of humanity.

So, essentially, a play about ducks.

AD: The duck puns. I’d be lying if I didn’t say this project wasn’t mostly an excuse to make duck puns. If you’re looking for a show filled with duck puns, well, this play certainly fits the BILL.

Also, King Leopold II of Belgium is one of the greatest monsters the world’s ever known, a tyrannical megalomaniac who seems to have been lost to the annals of history. But the man killed nine million Congolese and his contemporaries praised him as a humanitarian. Like, WHAT.

Any opportunity to take a man like that and bring him down a peg is always exhilarating to me and writing for him has been one of the great pleasures and terrors of my life.

AD: There may or may not be more than one instance of full-frontal duck nudity.

AD: I’m currently developing a musical with Insomnium Theatre Company tentatively titled Suburban Nightmare, which tells the story of a werewolf in love, and is essentially what would happen if Rodgers and Hammerstein and Meatloaf joined forces to write a musical about night terrors.

I’m also working on a play called Munichtown, which is an adaptation of the Glöckenspiel at the Rathaus in Munich (SO. MUCH. GERMANY.). It’s got ghosts, demons, and 20-something ex-pat tour guides all navigating modern-day Munich, trying to find meaning in a world slowly drifting closer and closer to the apocalypse. I’m super excited about it, as it stands to be my first three-act play! Also, I have no idea what I’m doing, please send help.

AD: Well, when I’m not staring at my screen trying to turn my brain scribblings into coherent thoughts, I act as the Narrator in Puffs, or, Seven Increasingly Eventful Years at a Certain School of Magic and Magic. It’s a story set at a certain magic school around the same time as a certain famous book series takes place, but from the perspective of one of the other school houses, namely, the Puffs. We’re playing Off-Broadway at the moment and it is just one of my favorite things in the world to be able to go on stage in front of a large group of strangers and pretend to be a wizard for an hour and a half.

I’m also planning to go to Six Flags to overcome my life-long fear of both roller coasters and that creepy old man who dances in their commercials. That man is TERROR INCARNATE.

About Heart of Duckness

It’s the Berlin Conference of 1884 and the world stands on the brink of war as delegates from every European nation gather to find a peaceful solution to the monstrous scramble for Africa. But every character is a duck. And we’re all corkscrewed.