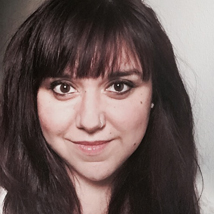 The Pipeline reading premiere of Francesca Pazniokas’ Wunderkammer is coming to the Bonfire Series on June 23, 7:30PM. In advance of the reading, we learned from Francesca about how this play, titled for a “cabinet of curiosities,” was originally inspired by a literal jar of moles. What does that mean? Read on to find out and reserve your seat now for Wunderkammer, June 23, 7:30PM, Jefferson Market Library (425 6th Ave, NYC).

Francesca Pazniokas: I’ll define the title for you. A “Wunderkammer” is a “cabinet of curiosities.” These collections “created a spectacle in which terror, curiosity and revelation could be relived through the discovery of new items and the relationships between them. The material manifestation of wonder” (Tiffany Shafran, Archives of Wonder).

FP: Wunderkammer is based off a short play I wrote when I was living in London for graduate school. It was Holocaust Remembrance Day, and I took a lunch break from the library and walked over to the Grant Museum of Zoology. As soon as you walk in, there’s this jar of moles. Just a big jar filled to the brim with dead moles, which I couldn’t stop staring at, even though it upset me. There was something in the combination of what day it was and all the taxidermy animals that gave me this idea. I wanted to write about dehumanization, about categorizing someone as “human” or “animal.” About how easy it is to deny someone’s humanity if it benefits you.

FP: The chance to try and make something spectacular and strange! The logic of this play is inspired by the Eastern European folktales and folk songs I grew up with—stories that can be simple and scary and strange and sweet by turns. I remember being a kid and asking, like: “Why is that hedgehog trying to marry a human princess? Why did that swan get kidnapped?” When you’re young, you don’t understand that these stories are meant to impart a higher, moral message—they just feel so unsettling, like the world has a dark logic that’s beyond your grasp. I wanted to try to recreate that feeling for adults. I also got to write some folk songs, which I’d missed doing.

FP: A dead dog cries before someone’s hands get stolen.

FP: I wrote my thesis on verbatim theatre, but I don’t often get a chance to work on those kinds of projects (except for the short play I did for the Matchstick Series, when I interviewed 5-year-olds about their dreams—thanks Pipeline!). So I’ve started doing interviews for a new piece. I could tell you right now what I think it’ll be about, but I promise I’d be wrong. This is the fun part—looking for things that spark my interest and letting them lead me. It’s my favorite part of playwriting in general.

FP: I have a short play about white feminism going up at the Prism Festival this June. I’m also working on a project with Everyday Inferno about murder ballads, which I’m looking forward to developing with them in the coming months.

A lonely taxidermist trains a mysterious child with terrifying talents to be his assistant in Wunderkammer—a play that blurs the line between human and animal, and life and death. It asks: how do we determine who is an “us” and who is “them”?