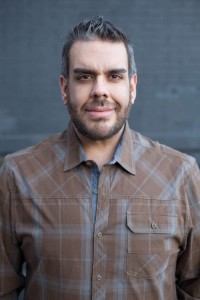 The Pipeline reading premiere of J. Julian Christopher’s Bruise & Thorn is coming to the Bonfire Series on June 25, 7:30PM. In advance of the reading, we learned a little bit more from Julian about what makes this his most ambitious project yet.

J. Julian Christopher: Actually, not much. I usually prefer audiences to walk into my plays without much knowledge. This allows for a more visceral experience without trying to “get it.” I think all I would want them to know is that the play is very New York and innately Queer. I use the word Queer, not to be divisive or exclusionary, but to name that this play is unapologetic in it’s Queerness.

JJC: Bruise & Thorn was a result of a writing exercise at a free playwriting workshop given at SoHo Rep led by Gregory Moss. We were asked to write a few small scenes based on the title a fellow writer in the room created. I was given the title Never Call a Black Woman Sassy. Out of these scenes, I created three characters that are still in the play today, but now as a different genders and race. Clearly, I ditched the other writer’s title.

I continued writing the play because it was the first time I began creating celebratory Queer characters. Previously, my Queer characters were riddled with shame, so when these characters popped out, I was excited. It feels like an evolution in my work and in my own identity. This play has given me joy, but also fear. I’ve known Queer shame for so long and I know how to write it well, because I’ve lived it. Bruise & Thorn frightens me a bit because in many ways it feels like a barometer for how I presently view my Queerness. I’m living Queer joy right now, but will it translate to the stage? It’s a common fear with every new play, but because there is a shift in tone from my previous work, it scares the shit out of me.

JJC: This is my most ambitious play yet. I’m most excited about writing the outrageous and eventually seeing how directors and designers are inspired by the piece. Bruise & Thorn is ripe for abstract staging and design possibilities. I am excited for the theatricality of the piece because there are moments of the play that seem impossible. But that’s the beauty of it… The collaboration of the theatrics… That gets me going.

JJC: Chickens have a ball culture vogue off in the basement of a laundromat.

JJC: I’m working on a few projects — Walker Mercado Saved My Life and Bundle of Sticks. They are mostly in early development, so I actually have no idea what they are yet except that they are going to be Queer AF!

JJC: I am directing a new play by Georgina Escobar called The Beacons at INTAR Theatre this June. It will be partially devised which I am extremely excited about. I’ve been really interested in how collaborative devised theatre can influence a narrative. Much of my work, directing and playwriting is moving into the realm of devising.

Bruise and Thorn work at a laundromat in Jamaica, Queens. Bruise dreams of becoming a chef and Thorn of changing the face of Hip Hop. When finances become strained, they get caught up in illegal activities sending them on a magical ride to make their dreams come true and get the hell out of Jamaica.