We are currently accepting applications for our PlayLab Class of 2019 (deadline: April 30, 11:59PM). Today, we’re pleased to introduce you to the impassioned group of artists who will be leading the PlayLab, and all artistic development efforts at Pipeline, next season. Each of these astounding individuals have meticulous dramaturgical minds, are ferocious advocates for new plays and emerging artists, and are accomplished and visionary theatre-makers. We cannot wait to dive head first into another year of wild and impossible playmaking with these bold and brilliant creative leaders. 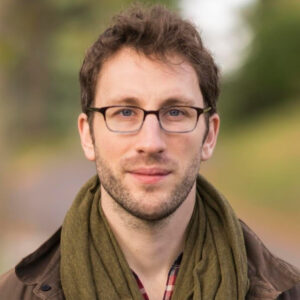 TOM COSTELLO
ASSOCIATE ARTISTIC DIRECTOR
Tom joined the artistic team as Director of Artistic Development in June 2016. Since that time, Tom has been the primary leader of the PlayLab and a key voice in play curation and development at Pipeline. In this new role, Tom will continue to lead the PlayLab and will work side by side with the Artistic Director to develop opportunities for emerging artists, curate future seasons, and rigorously pursue the company’s mission. Tom is a New York-based director originally from Ithaca. With Pipeline, he directed Bubble and Squeak by Evan Twohy, Shakespeare the Dead by Alex Mills, Sleepless City by Tim Chawaga and most recently co-directed, with Jaki Bradley, the 2018 PlayLab‘s Corpse Backpack. Tom was also a 2017 Drama League Directing Fellow at the Hangar Theatre, is an Associate Artist at the Flea Theater, and spent three years working with Dramatic Adventure Theatre, bringing theater artists to teach acting in underserved communities in Ecuador and Slovakia and to devise work based on their travels. At the Atlantic Acting School he is a faculty member where he has directed many productions including Sarah Ruhl’s Passion Play. He has studied film at Prague’s FAMU school and holds a BFA in Drama from NYU/Tisch.

PHILIP SANTOS SCHAFFER
LITERARY & COMMUNITY MANAGER
Philip originally joined the Pipeline staff as Marketing & Development Assistant in June 2017. Over his year working with Pipeline, Philip has also assisted the artistic team in play reading and reporting, and worked as a dramaturg in several workshops for the PlayLab Class of 2018. In his new role on the artistic team, he will coordinate the reading of all script submissions, coordinate and participate in the curation of future seasons, and serve as a mentor for the PlayLab Class of 2019. Philip is a multidisciplinary theatre artist and producer and is currently pursuing his MFA in dramaturgy from Columbia University. Dramaturgy credits include: River Rouge (Andy Boyd, Columbia University), Wonder/Wander (Nana Dankin, Columbia University), and Undeclared History (Isaac Rathbone, Hofstra University). Producing and associate producing credits include Between the Seas, The Anthropologists Save the World!, and Burning the Living. Playwriting credits include A PLAY ABOUT DREW CAREY (WalkUpArts, 2016), Genius Inc. (The Segal Center, 2016), and SMALL PLAYS FOR GIANTS – a five play series of highly interactive solo performances produced by WalkUpArts between February and July of 2018. Philip is an artistic associate and associate archivist with The Living Theatre, and one fourth of the artistic team behind WalkUpArts, which he co-founded in 2013. 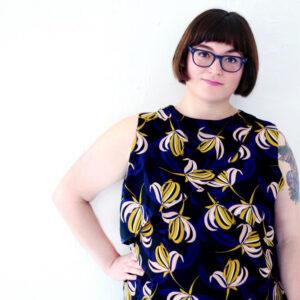 AMY GIJSBERS VAN WIJK
MANAGER OF ARTISTIC DEVELOPMENT
Amy first began working with Pipeline as a member of our PlayLab Class of 2018, where she is currently developing her play, feminine octagon. In her new role on the artistic team, she will lead the coordination of PlayLab meetings, workshops, readings, and retreats, participate in the curation of future seasons, and serves as a mentor for the PlayLab Class of 2019. Amy is a queer, first-generation American playwright (and sometimes performer) from Pasadena, TX, now based in Brooklyn, NY. She has been a finalist for PlayPenn, and a semi-finalist for the Bay Area Playwrights Festival and the O’Neill Conference (all 2016). She is currently a member of The Tank’s pilot writing group, an affiliate of The Beehive Collective, and was one of five makers selected for the inaugural Sequin Makers Retreat. Her work has been supported by the HBMG Foundation residency, the PearlDiving Movement residency, and the Rosen Fellowship. Her plays have been seen/heard at Theatre for A New City, Dixon Place, The Tank, The Cherry Lane with Primary Stages/ESPA, and with companies such as Red Caravan, Stable Cable Lab Co, New Light Theatre Project, and Upstream Artists Collective, and published by Routledge. Amy has previously worked at Houston Public Radio as a News Lab Intern, made theatre for virtual reality with an Oculus Rift, and written a play for a robot named Herb (which she wrote for American Theatre magazine). BA, Brooklyn College. MFA, Carnegie Mellon University.